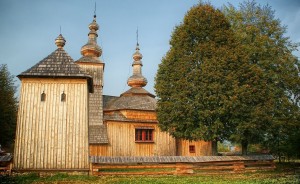 Wooden Greek Orthodox church in Ladomirová was sacred to St. Michal Archangel and is considered to be the most valuable and the most representational church in the Eastern branch of Catholic church in Slovakia.

It is situated in Ladomirová, which is a small village in the district of Svidník in the eastern Slovakia. It was built in the 1742 without using any nails. The church was built from logs and its roof is covered with shingles. It has three naves and three towers of onion-domed shape with three crosses. Iconostasis and altar date back to the 18th century and are very attractive not only from the architectural view as they present icons placed on five levels but from the religious view as well.

The icons depicted are ones of St. Michal, the Archangel, of Jesus Christ, scenes from The Last Supper, icons of Apostles, prophets and also scenes from crucification and resurrection. The paintings on the altar and fresco on the walls were created in the Byzantine and ancient Russian style.

This church, together with other eight wooden churches, was registered to the list of UNESCO in 2008 due to its great value. 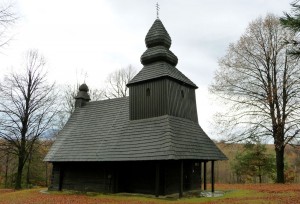 This wooden church is situated in Ruská Bystrá in the region of Sobrance in the eastern Slovakia. It was built in the 1730 during the reign of emperor Charles VI.

The church was built from logs from coniferous trees and painted black as a prevention for wood-destroying insects.

The exterior walls are covered with another layer of pales and roof is covered with shingles which overlap and hence are supported by columns.

There are two towers – one big above belfry with three stages and one small above the eastern part with two stages. Both are decorated with metal crosses. The building is created from three squares which have served as sanctum, presbytery, the main nave with altar and belfry.

The altar presents paintings of St. bishop Nicholas, icons of Jesus Christ, Virgin Mary, John the Baptist and scenes from the Last Supper. The unusual painting of calvary is on the ceiling. However, the most valuable painting in the interior is the scene of Crucification.

The interesting fact about the altar is that it may come from another church as it is bigger than the size of the interior.

The church has belonged to the list of valuable sights of UNESCO since 2008. 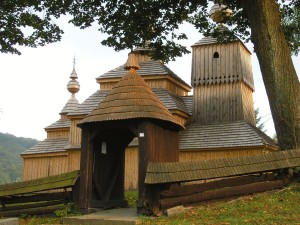 The Church of St. Nicholas (Cerkva sv. Mikuláša) is one of the most beautiful and oldest of the churches of the Eastern rite in Slovakia.

It was built in 1658 and recently completely reconstructed.

This large building, divided into three areas and dominated by three onion domes of varying heights, stands out in the southern part of the village.

It is surrounded by a wooden fence with a little shingle roof and an entrance gate.

In the nineteen nineties the white and gold Baroque interior of the church was renovated and the iconostasis and altar restored.ut 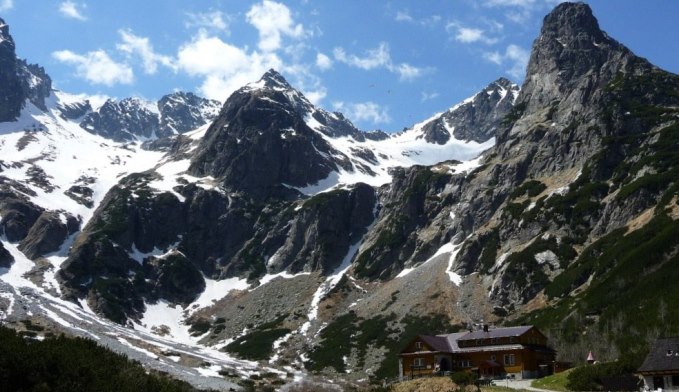 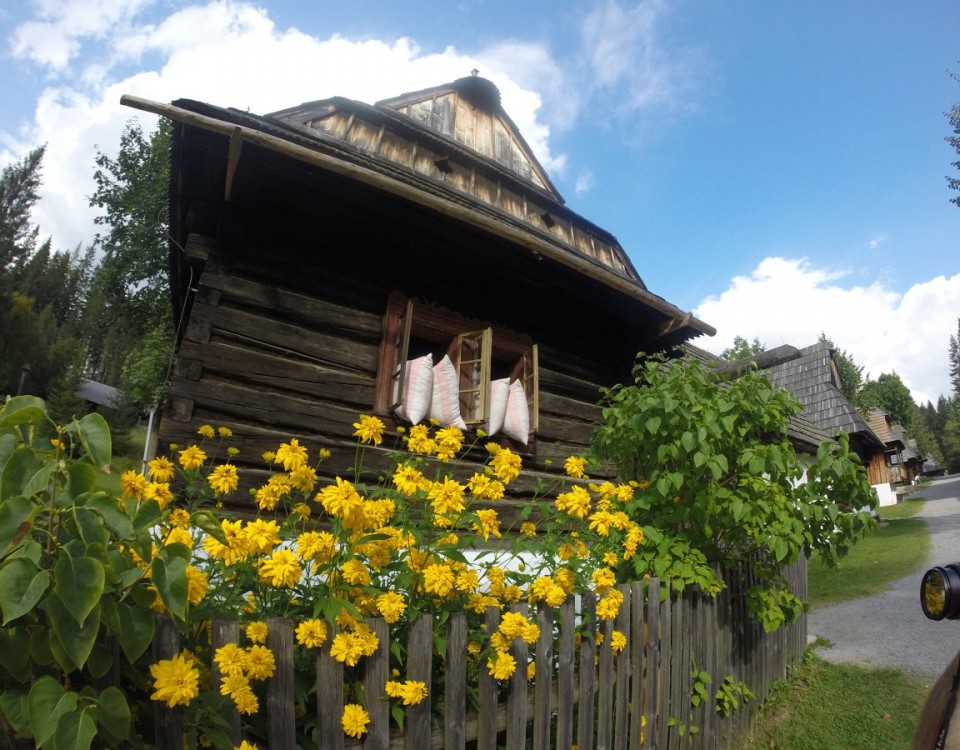